SHOULD I BE USING WHEY PROTEIN? 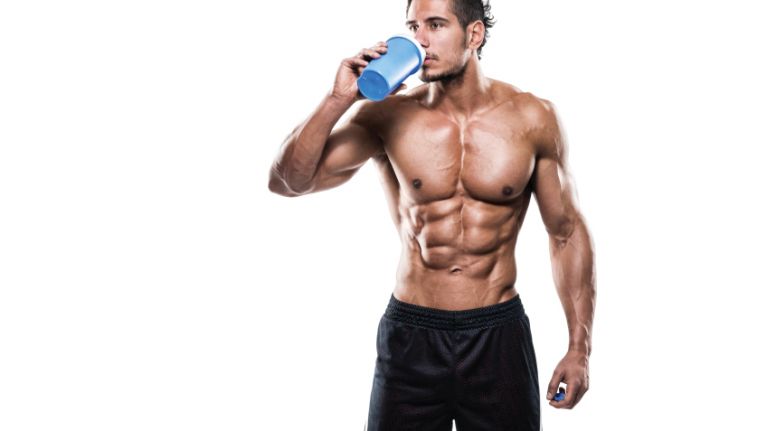 Eggs might have a reputation as “nature’s perfect protein,” but did you know that when it comes to building muscle and fueling athletic gains, it’s hard to imagine a more ideal protein than whey. Quick digesting, high in branch chain amino acids and a powerful stimulator of protein synthesis, whey trumps nearly every other protein in nearly every category related to muscle growth.

“Never have you been or will you ever be in a greater anabolic growth state than you were during your first year of life,” said Australian strength coach Daniel Baker, Ph.D., C.S.C.S., during the National Strength and Conditioning Association’s 2016 annual conference. “And the only substance you likely consumed during that period was breast milk, which is predominantly whey protein—even more so than cow’s milk.”

So if you’re looking to maximize the effects of training, whey is the perfect solution. But it’s not always the best choice for everyone or in every situation. For example, if you’re a vegan, whey isn’t even an option. Neither is it the best one for for optimizing overnight muscle growth. So when, how, and under what circumstances should you supplement with whey?

What is the difference between Whey and other Proteins?

Whenever you eat protein your body breaks it down into its component amino acids. These acids are then reassembled in various forms to support nearly every process in the body. From regulating gene expression and facilitating nervous function to building muscles, ligaments, and tendons.

Of the 20 amino acids in your body's proteins, there are nine that are essential to your diet because your cells can't manufacture them. These nine are called essential amino acids (EAAs), and any protein that contains all of them in sufficient quantities is a “complete protein.” All animal proteins, including whey and casein, are complete. But many plant proteins, including rice, pea, and hemp (but not soy), are deficient in one or more of the EAAs.

Of the nine EAAs, leucine is the standout when it comes to optimizing the effects of strength training. “It appears to be a switch for turning on the molecular pathways that are necessary for muscle protein synthesis,” says Francis Stephens, Ph.D., a Beachbody scientific advisor and an associate professor of metabolic and molecular physiology at the University of Nottingham, in England. “And whey has one of the better leucine profiles.”

Whey also has another advantage over most other forms of protein you’ll find in the supplement aisle: A fast absorption rate. That, combined with its high leucine content, is likely why whey is king when it comes to stimulating muscle protein synthesis, report the researchers.

What are the Three Types of Whey Protein?

Whey hydrosylate, which tends to cost a bit more and have a bitter taste, is a slightly different beast. Its protein content is in the ballpark of the other two variants, but it is “pre-digested,” which theoretically means it should absorb faster in your body. “But whey protein already has excellent digestibility,” says Alamdari.

What are the Benefits of Supplementing with Whey?

As mentioned above, whey can help you build muscle faster and it does so in a couple of ways. First, it supplies your body with the aminos it needs to build your muscles into larger, stronger versions. Second, eating protein stimulates protein synthesis.

That last part is very important. “In addition to stimulating protein synthesis, working out also stimulates protein breakdown,” says Alamdari. “Ingesting protein post-exercise makes sure that the former process outweighs the latter.” The result: A whole lot more muscle building than if you didn’t have a post-workout shake.

You might think that supplementing with whey can only benefit weightlifters. But here’s the thing: MMA, Endurance and other athletes build muscle too. Regardless of what sport you play or athletic endeavor you pursue, muscle growth is one of the adaptations that allows you to become better at it. Indeed, distance running or cycling emphasizes type-I (slow twitch) muscle fibers, which have less growth potential than the type-II fibers targeted by lifters and sprinters. But type-I fibers can still grow, they’re still damaged by exercise and since they’re made of the same stuff as every other muscle fiber in your body protein, they need amino acids to repair and rebuild themselves.

There’s also another benefit to supplementing with whey that most endurance athletes never consider. “It can help accelerate glycogen resynthesis,” says Stephens. Science agrees: In a study of male cyclists, the researchers found that those who consumed carbs and protein post-workout replenished muscle glycogen (the stored form of glucose) significantly faster than those who just drank carbs or a placebo. Why is that important? Because glucose is your body’s go-to fuel source, and the faster you can replenish depleted supplies after a workout, the less time you’ll need to recover before your next hard training session.

What is the best Time to Take Whey?

“Because whey protein is digested and absorbed quickly, it is particularly useful post-exercise,” says Alamdari, who recommends consuming it within 30 minutes of working out to take full advantage of the increase in protein synthesis, which peaks in the hours following a training session.

Some might argue that adding protein prior to your training session has great benefits as well. This way it starts protein synthesis during, rather than after your training session. Pre-workout protein increases amino acid delivery and uptake by muscles during training. Taken alone or as part of a complete protein, BCAAs inhibit muscle breakdown.

How Much Whey Should You Take?

For athletes that engage in high intensity training like Mixed Martial Arts, Kickboxing, Brazilian Jiu Jitsu, Wrestling or any other combat sports, the short answer is 30-40 grams each session. Keep in mind that the optimal protein intake per day is 2 gram per kilogram bodyweight.

There are many different protein powders. Most of them are good. Tatsujin MMA Protein offers 24 grams of Protein from 4 different sources. It also contains 7 grams of BCAA and a blend of multi vitamins. For more info click HERE

Back to The Protein Blog